Observer. On the Upcoming Change 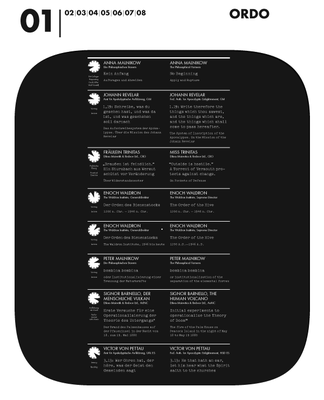 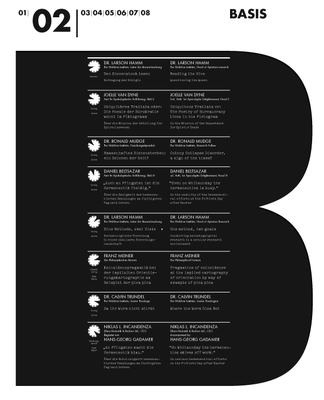 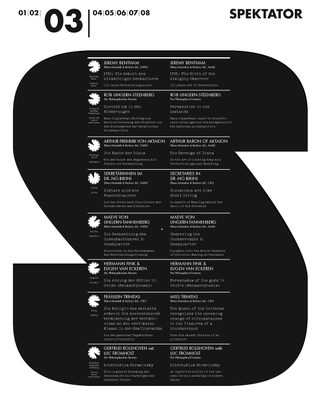 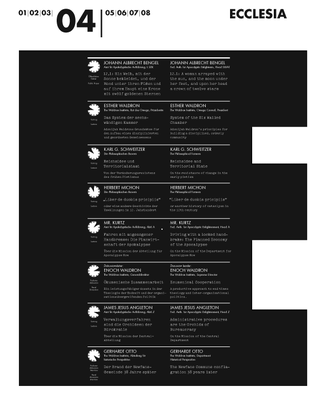 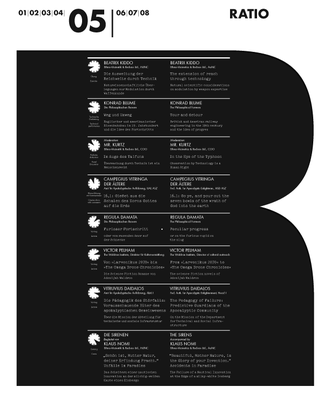 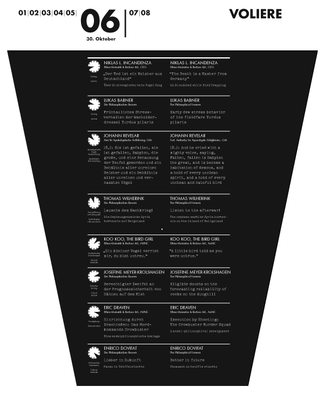 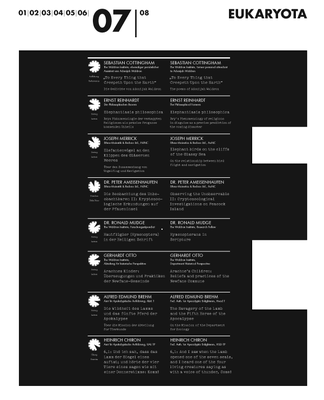 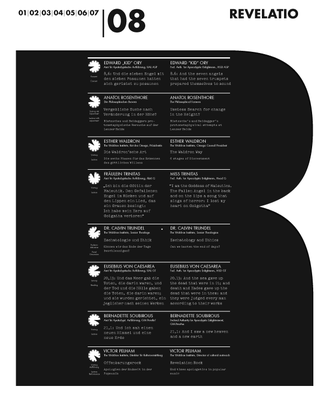 Greeting of the Conference President

»As conference president it gives me great pleasure to welcome you to this year 222nd Consultative Conference of The Philosophical Farmers. And I am proud that this year well-known organizations are participating that have made outstanding contributions to the obser­vation of the change in many respects:

In the next eight days we will, together with the top-class experts, discuss how we may gain insight into the upcoming change with the techniques of observation. And you can be certain: The contributions in the eight sections will shake your foundations.«

Excerpt from the greeting of Johann Andreas Naumann

Conference President and Honorary Member of The Philosophical Farmers 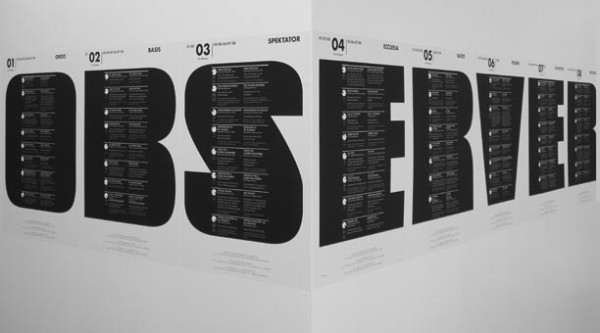 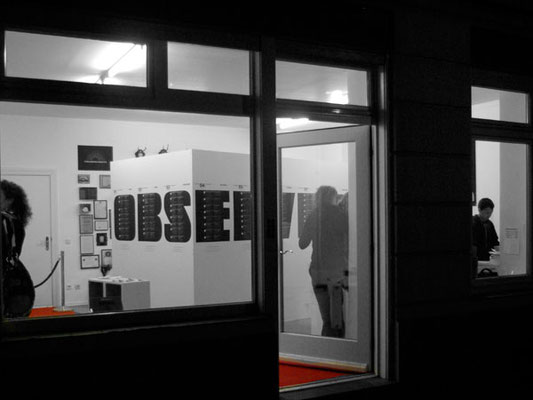 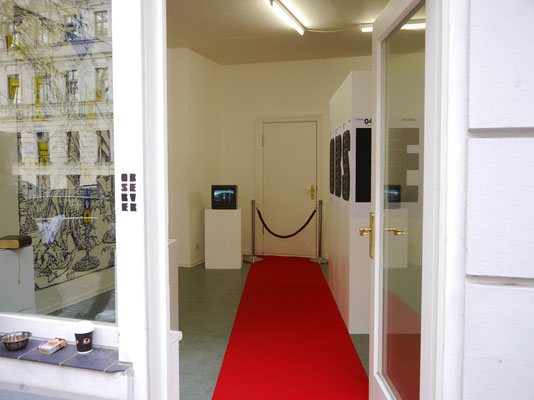 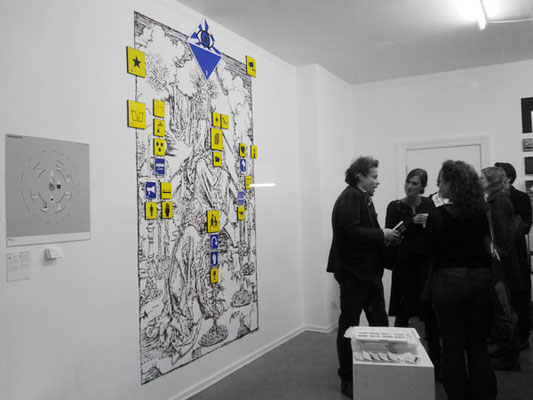 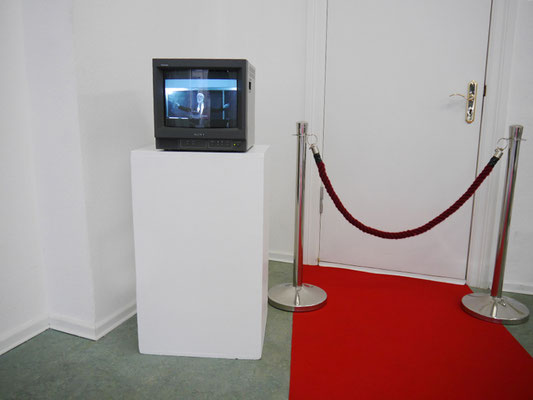 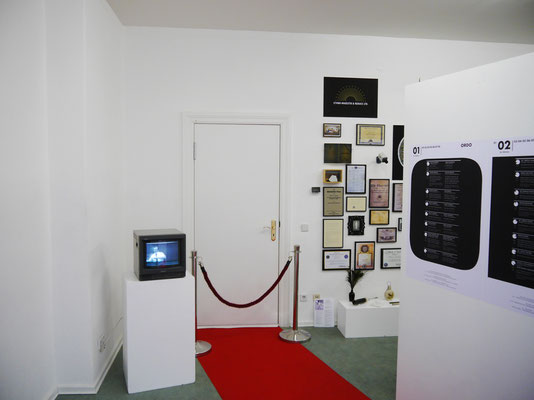 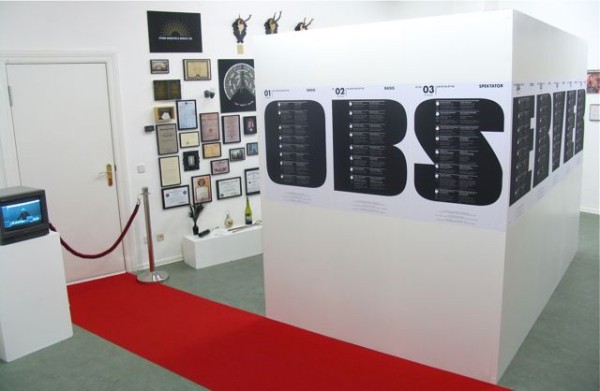 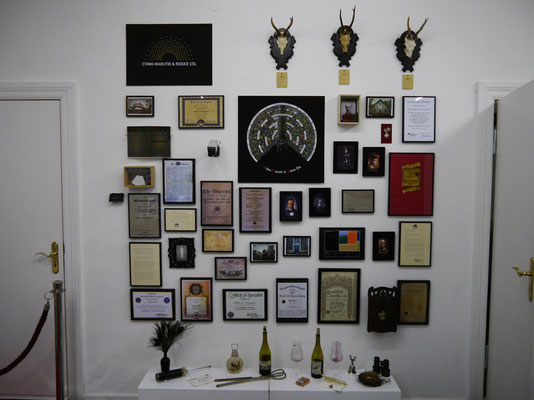 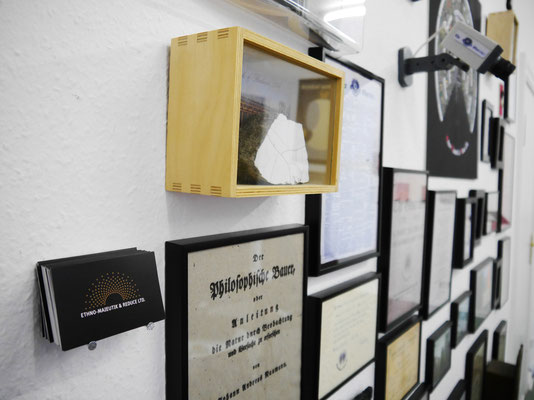 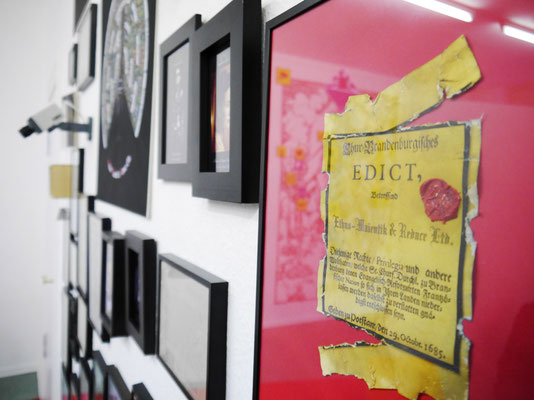 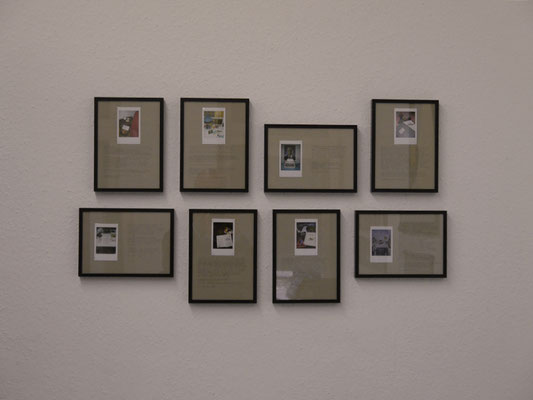 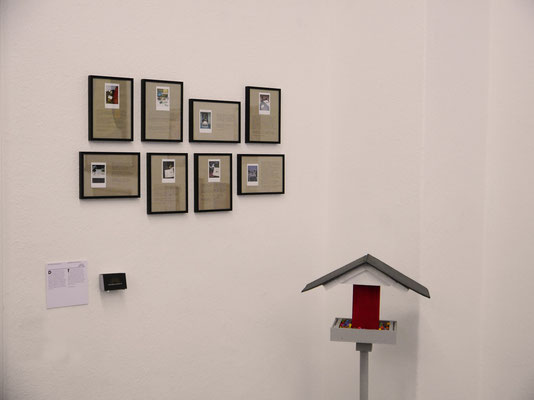 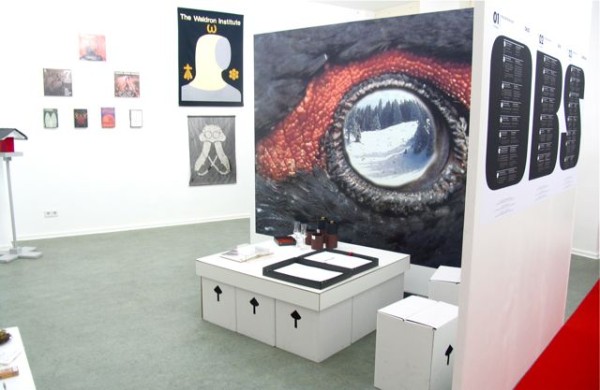 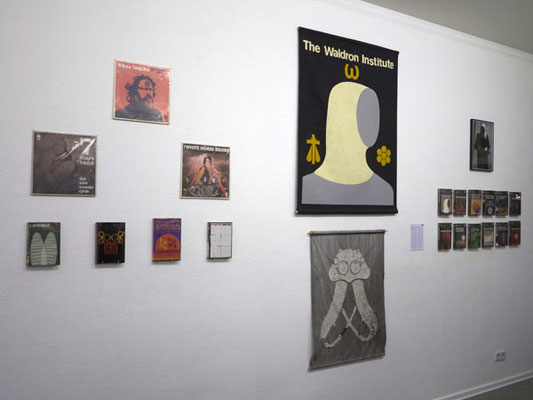 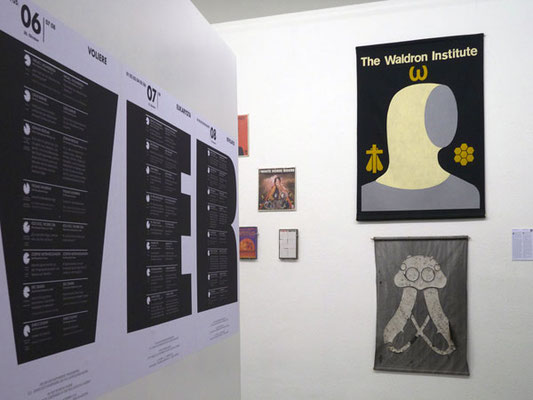 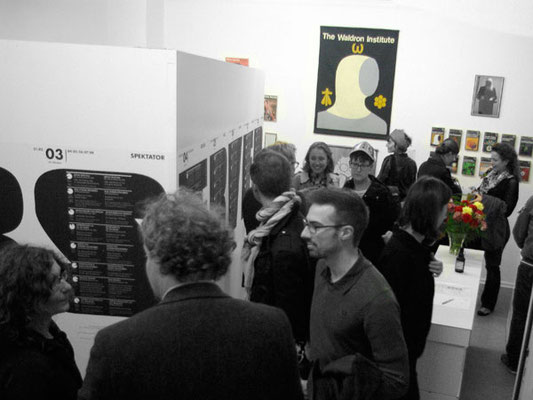 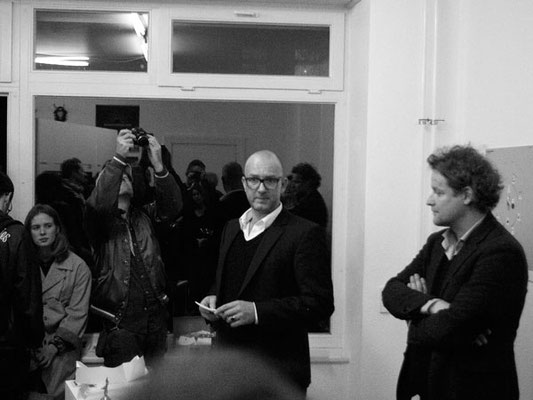 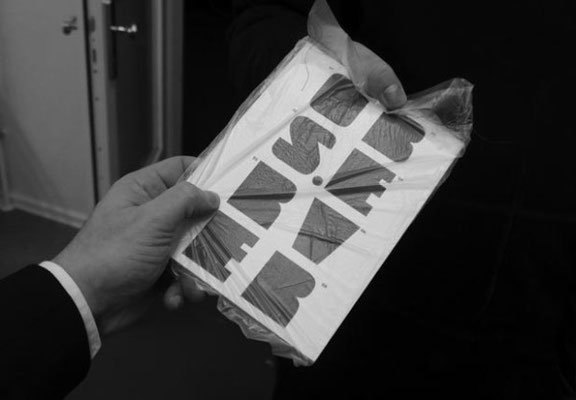 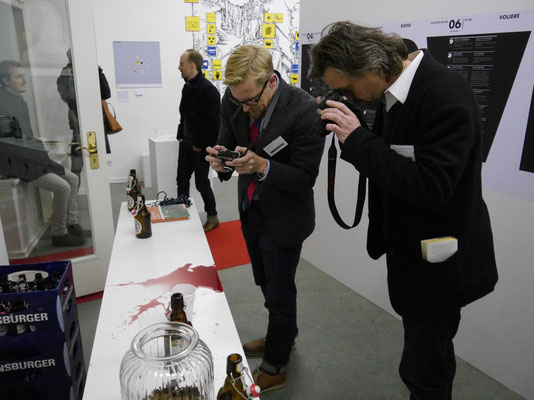 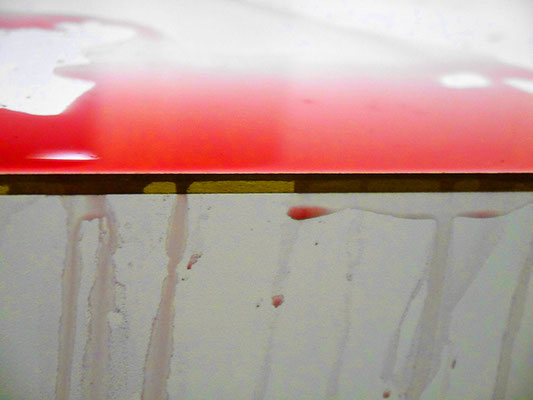 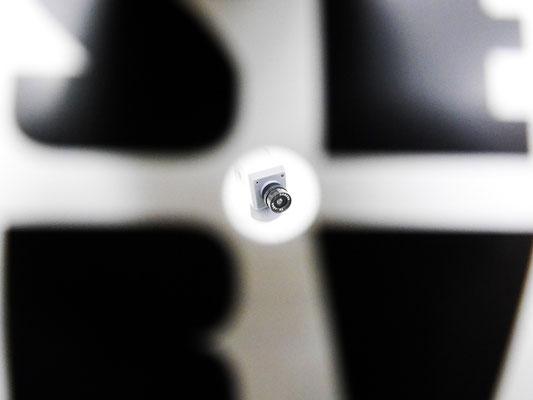 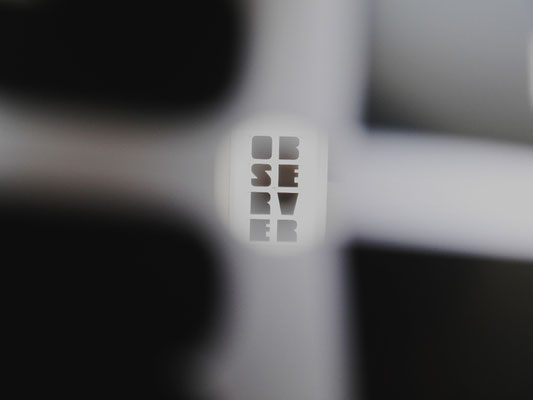 The Federal Authority for Apocalyptic Enlightenment (AfAE) ensures a well-regulated preparation, implementation and follow-up of the Apocalypse. The protection of the individual against inappropriate behavior in an apocalyptic crisis is one of the crucial conditions for the free development of the possibilities offered by a community of the blessed with God. This includes to always know what is good and evil: as a sustainable service for a successful overthrow of the beast and the false prophet and reasonable for proper sealing of the hundred and forty and four thousand saved before entering the New Jerusalem.

The Consulting Company specializes in the management of doom and the organization of observation conditions. Beyond numerous international organizations, corporations and government agencies, the company in particular serves the General Manager of the “Federal Authority for Apocalyptic Enlightenment”. In addition to the highly successful worldwide business operations, the company conducts a non-profit field of research that develops and tests theories and methods for a Theorie of Doom™ and for a Detached Observation™.

The Waldron Institute is a modern continuation of a medieval secret society known as The Order of the Hive. With its origins in a beekeeper’s guild, the Order was dedicated to the idea that the date and details of the end of days (and other forms of prophet-ic knowledge) could be discovered through the observation of the habits and behavior of Honey Bees. During the enlightenment the Order adopted the new scientific ideas of the era. Their research transitioned from a form of mysticism to using the scientific method. By the late 19th century the Order had largely lost it’s way and membership was comprised of only a small group spread out across North America and Europe. In the late 1940’s Adonijah Waldron, a hereditary member of the order took control of the North American chapter and introduced a radical plan to modernize the organization and to bring it into the public eye. The charismatic Waldron saw the immediate goals of the organization as two-fold. The first goal was to continue the Order’s quest for eschatological knowledge using the most up to date methods and technology. The second was to recruit new members, both men and women to the Order with the hopes of starting a tight knit community that could survive the (possibly) eminent tribulations. Waldron developed a series of codes, rituals and psychological practices based on the behaviors of honey bees. He believed his system would ensure the social and spiritual cohesion of the group. Since Waldron’s death in 1976, the institute that bears his name has continued with it’s research and is at the forefront of scientific eschatological research.